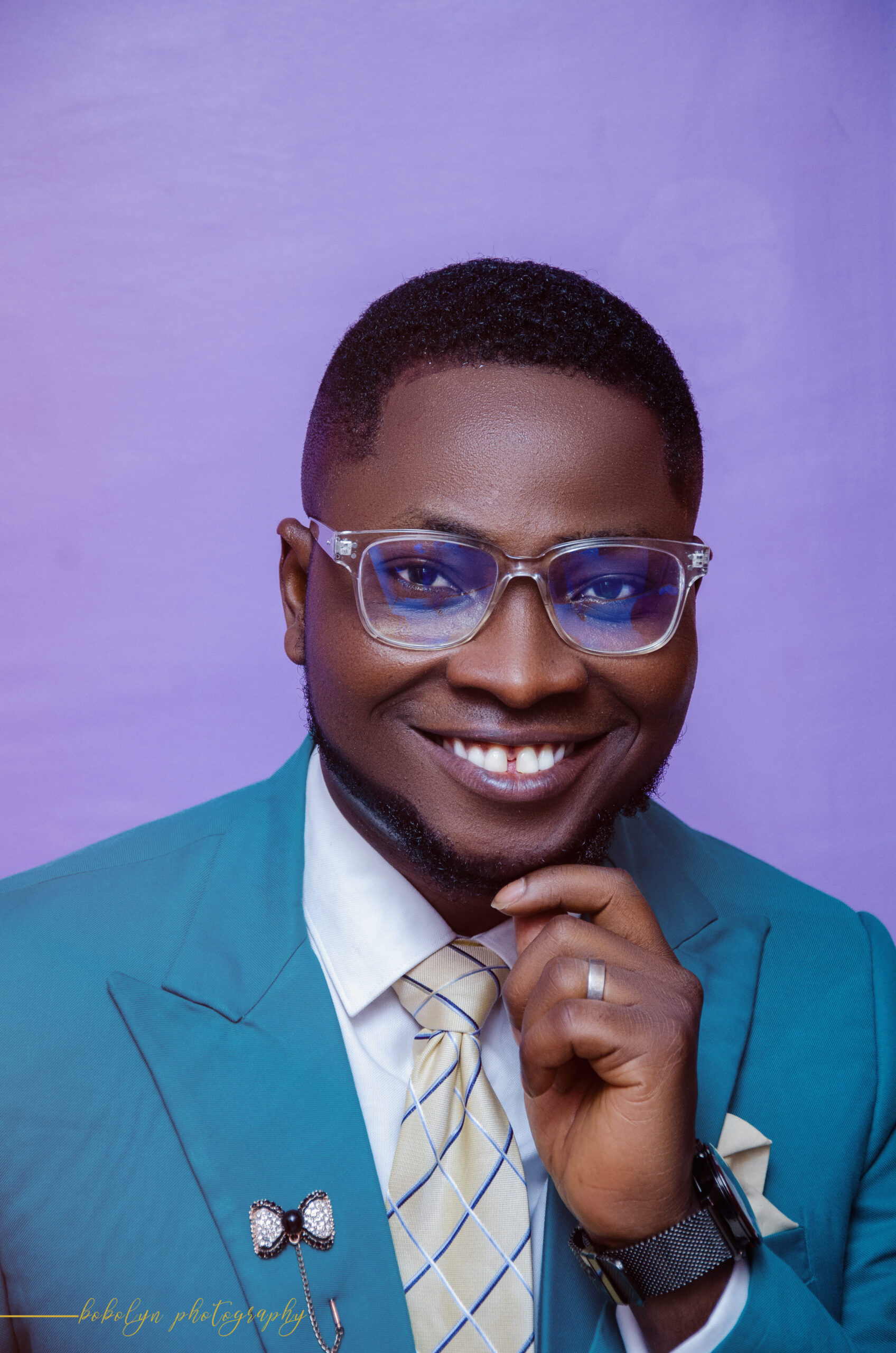 Babatunde Ogunlola [BABSMICHEAL], The founder of BabsMicheal International is an outstanding motivational speaker and an adviser to many youth and government bodies. He is also an internationally recognized personality with over 20 years of professional experience in Education, personal and international development having worked with organisations such as The Global Poverty Project,British Council, One Young World, Success For Teens,The future Nigeria Project in various capacities and German International GIZ(Sedin), where He was involved in training entrepreneurs through the e-cycle.

He has appeared on countless television interviews, commercials, talk shows, radio programs.Recently, He was named as one of the 20 brightest young minds in Africa(2019) and was also named as one of the top 100 Nigerian Outstanding youths(2020) by the Ooni of Ife as a recipient of the Royal African Awards and thereby inducted into the royal court.

He is one of the Africa’s leading authorities on Social Entreprise and Youth Development. In addition to being a Social Entrepreneur, in demand Preacher , TV Personality, Motivational Speaker, Youth Advocate, Facilitator, and Life Coach; Babs has exceptionally trail blazed and set the pace for many other young people in His generation.

He is unarguably one of the youngest success coach and one of the country’s young leading experts on personal development and self mastery. Thousands of lives have been transformed through his inside out teachings. He is an author of many books some of which includes Who are you? , Notebook of wisdoms, DNA of success, 10 steps of conquering your dreams, Motivational Series, Fundamentals of Human rights.

He also pioneered a lot of advocacy towards the development of young people in education and against poverty such as War Against Poverty(WAP), Project SANE(Save Nigeria’s Education), Global Poverty Project African network, Speakers Concept, Strategic Entrepreneurship and Leadership Lessons( SELL) and others.

At present, he is the executive head of impact centre Africa, CEO of BEC IMPACT & RESOURCE-a non governmental organization , Executive director of world changers instructor- a consultancy and training firm ,the president of Spirit of Excellence-A ministry to raise excellent youths and Academic Director of Babs Impact College, a tutorial college He established to help the less privileged and the provost of Mr Impact Mentorship School, a training school for Leaders, Public
Speakers and Writers.

He attracts a lot of “positive” media attentions and has featured on CNN Q and A Live, BBC Network Africa, Ben Television,BBC World Service, NTA, TV continental and others.He presents Babs Daily Inspirations daily on radio stations and social media platforms.He has made headlines on various national newspapers such as The Vanguard newspaper, The Punch newspaper, Tribune newspaper and The Nigerian Guardian.

Babs’ highly-valued, actionable and results oriented content along with his witty, commanding and engaging style has made him a favored keynote to audiences of thousands globally and therefore act as public speaker, trainer , lecturer, Quiz master and compere who now serve as the host of The Impact Educational Tv show and The Quiz master for Campus Challenge

Upon completing the Train the trainer course of the Centre for Teachers effectiveness, USA.,He became  a certified trainer for teachers globally and also an associate with Center for Teacher Effectiveness [CTE], USA.

As a profound lecturer, He also give lectures at Varsity Tutors, USA where he lecture courses like Organic chemistry, Biochemistry, Anatomy, Physiology  and Physical Chemistry.

Due to his Impact globally, he is popularly reffered to as ‘ MR IMPACT ‘

If schools were permitted to have just one training, this is the one!

This training will help to raise test scores for your students, decrease discipline challenges, and improve classroom rapport. You will learn how to meet students where they are and lead them where they need to be, capture attention, and promote deeper learning.